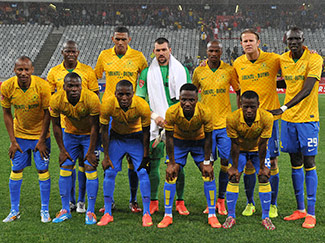 Pitso Mosimane, who was entrusted with bringing some pride back to Chloorkop, lead the side to their first Premiership trophy in his first full season in charge.

When Mosimane took over the Brazilians were in the relegation zone after 12 league matches, 'Jingles' almost helped the side back into the top eight but a draw on the last day of the season meant they had to settle for a 10th place finish.

Coach Pitso subsequently went on a buying spree during the ensuing off-season.

The Brazilians made a good start to the 2013/2014 Absa Premiership season, but some poor results coupled with a outstanding run by Kaizer Chiefs looked to have taken the title away from Mosimane's men.

A loss to Bidvest Wits in March 2014 could have spelled the end of 'Downs title charge, but the defeat proved to be their last of the season.