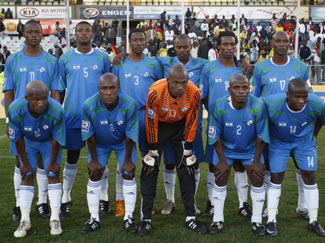 Lesotho are looking to qualify for the Africa Cup of Nations for the first time in their history having failed to reach the main tournament on numerous occasions.

They failed to qualify for the 2013 edition of the competition as they were eliminated in the preliminary round of the qualifiers, losing 1-0 on aggregate to Sao Tome and Principe.

Other key players in the squad are Thabo Masualle, Bushi Moletsane and Motlalepula Mofolo, who play for Lioli FC in the Lesotho Premier League.