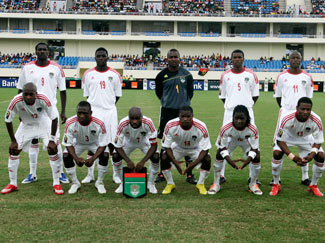 Malawi is another African side that is relatively inexperienced on the global stage having only been recognised as an official football union since 1966. Since then they have only managed to qualify for two African Nations Cup appearances since attempting to do so since 1976.

The Flames biggest success on the football stage came in 1987 when they did manage to win the All-African games, but besides from that they have not fared well on the African continent.

They will be hoping to once again qualify for the Nations Cup and may be able to do so considering that a large number of their players plying their football in some of the best leagues in the world.