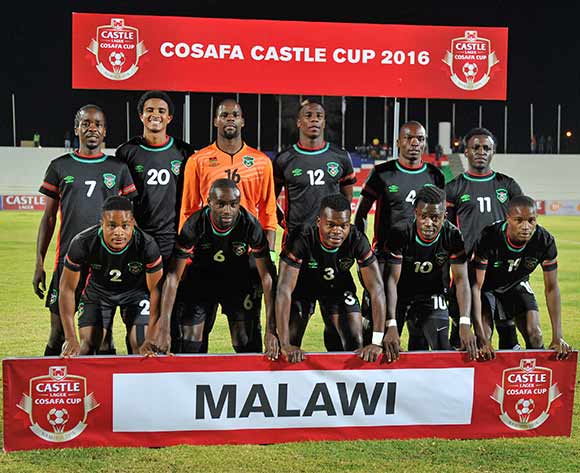 Malawi have named a near full strength squad for the 2016 Cosafa Castle Cup as they aim to put a disappointing 2017 Africa Cup of Nations qualifying campaign behind them.

The Flames have been drawn in Group B alongside Angola, Lesotho and Mauritius for the showpiece in Namibia.

It is a clear statement of intent by Mtawali as Malawi go in search of what will be their first ever Cosafa Cup crown.

Malawi finished as runners-up in 2002 and 2003, but haven't finished in the top four since losing to Zimbabwe in the final 13 years ago.

Malawi kick-off their campaign against Angola (June 12), before they take on Mauritius (June 14) and Lesotho (June 16).