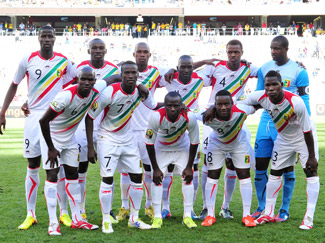 Mali will head to Equatorial Guinea eager to reach their first final since the 1972 Africa Cup of Nations where they lost 3-2 to Congo.

The Eagles can consider themselves unlucky not to have won a continental crown over the past 15 years and will consider the 2015 Afcon tournament as a must win with star man Seydou Keita reaching the end of his powers.

The former Barcelona man will be 35 once the tournament kicks-off on 17 January and one cap short of a century of caps for his national team.

Mali finished second in their group behind Algeria in a successful qualifying campaign under the guidance of Poland born coach Henryk Kasperczak.

The Eagles were drawn in group D alongside Ivory Coast, Cameroon and Guinea.