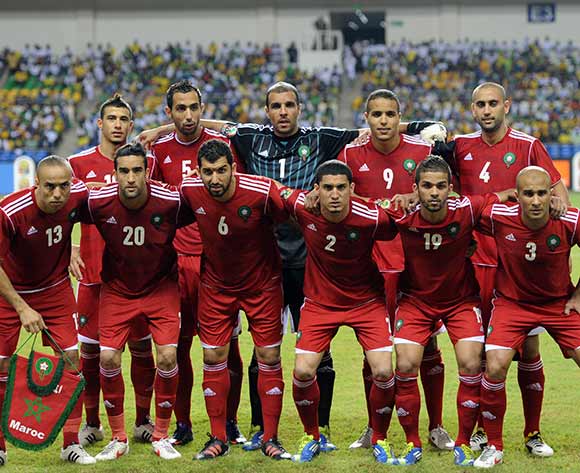 Morocco were fancied as dark Horses for the 2012 Africa Cup of Nations in Equatorial Guinea and Gabon, but bombed out in the first round in one of the great surprises of the competition.

Then coach Eric Gerets managed to hold onto his job for the next round of qualifiers, but a 2-0 loss in Mozambique in the final round of qualification for 2013 cost his him job.

New tactician Rachid Taoussi, who last year took unfashionable Mahgreb Fes to the CAF Confederation Cup title, was named as his replacement and after some dubious refereeing the side were able to overturn their deficit and book their place in South Africa next year.

Their performances remain unconvincing though, something that is difficult to understand when you look at the make-up of their squad, exciting players with varied backgrounds – some from the Netherlands and France – who should make up an excellent unit. But instead they have looked disjointed and at times disinterested.

The Moroccans have been to 14 previous finals, their one and only continental success coming in 1976 when they triumphed in Ethiopia. In those days the tournament was decided by a final round-robin group rather than a one-off match and Morocco topped the pool from Guinea.

The country will host the next Nations Cup in 2015 and Taoussi will no doubt have that tournament in his mind as he takes his side through the 2013 event.
Tournament Review:
Rachid Taoussi’s takeover from Eric Gerets during the African Cup of Nations qualifiers brought promise and hope to a nation who had failed to deliver on the continental show piece for some time.

His leading Morocco to overturn their deficit against Mozambique and to qualify for the tournament brought optimism to his squad, by instilling a belief they could actually make something out of their time in South Africa.
However, paired with the hosts South Africa, an inconsistent Angola and the unknown entity of the debuting Cape Verde, it was never going to be a walk in the park.

And it proved to be the case, as the Atlas Lions disappointingly tumbled out in the Group stages, albeit undefeated, but with not enough points to progress.

First up was their Group A opener against Angola at Soccer City on January 19.

Here, the determination and hunger to prove a point showed in the first 45 minutes, however their youthfulness and inexperience was taken control of when being put to the test from an onslaught of Angolan attacks.

That goalless draw was preceded by a 1-1 draw to Cape Verde, where their poor finishing got the better of their guile and good ball possession on the field.

Against South Africa it was a bitter-sweet ending to their time in the tournament.

They showed that when push came to shove they were able to deliver the goods, seeing them take the lead twice in the fixture, but their underlying problem of not making the most of their possession and opportunities proved to be their short coming.

A 2-2 draw at the Moses Mabhida it was and, although they played some silky football, their three points weren’t enough to see them through, leaving them broken hearted due to their unfulfilled potential.