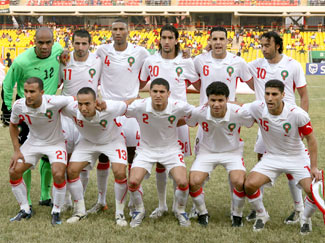 The Morocco have a proud football heritage which is based on the fact that they were the second team African team ever to qualify for the World Cup and the first to ever win a group at the World Cup.

This happened in 1986 when they finished ahead of Portugal, Poland, and England. They were also the first African team to make it to second round barely losing to eventual runner-ups West Germany 1-0 in the same tournament.

With that said much is always expected of this proud football nation, but when it comes to the Nations Cup over the last decade or so they have really disappointed.

Their biggest let down coming in the last edition of the continental show piece as they failed to qualify for the competition. That is certainly something the team will go all out to avoid this time round.

The Moroccan side will try relive the success of 1976 when they did in fact win the competition. They came extremely close to repeating that feat in 2004 when they finished as runners-up in the Nations Cup.

Still, despite that success in the 2004 tournament that is about as good as it has got in the last decade as Morocco have failed to progress past the group stages other than that.