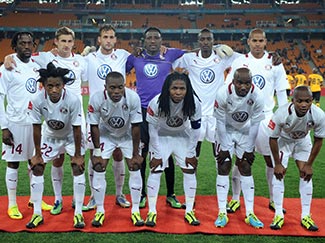 Moroka Swallows are one of the oldest professional football clubs in South Africa having been formed just after World War II in 1947.

The team was originally set to be named Moroka Sweepers, but one of the founding fathers preferred the name 'Swallows', and so The Birds came into being in Masakeng, Moroka.

The side is currently coached by Zeca Marques, the long-time assistant at the club who took over at the start of the 2012/13 campaign when former coach Gordon Igesund left to take up the reins of Bafana Bafana.

The narrowly missed out on a place in the top eight last season on the final day of the campaign, and that will be seen as the minimum requirement for this year.