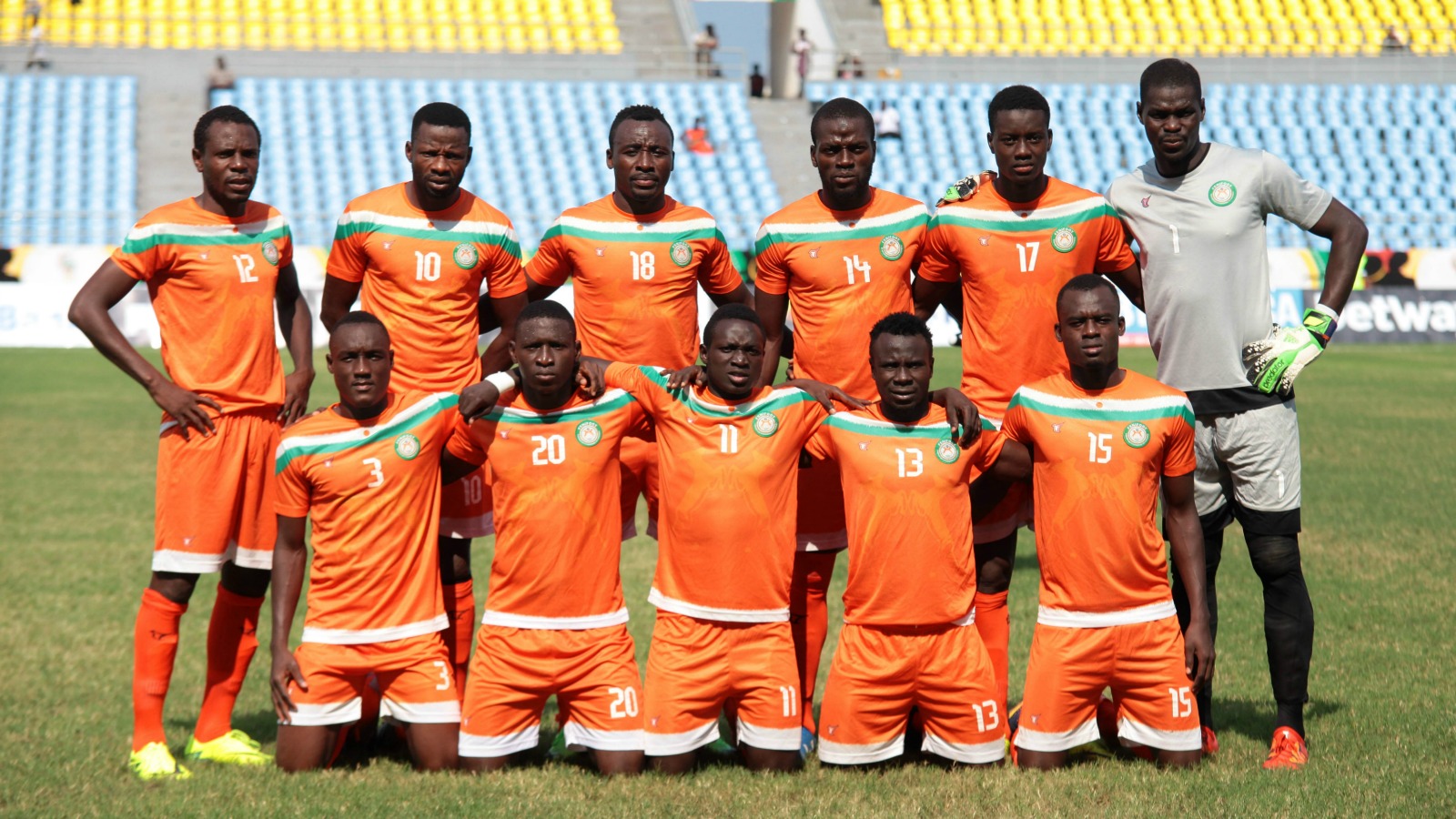 The Mena of Niger have qualified for their second successive Africa Cup of Nations after they upstaged Guinea in a final qualifying round.

They lost the first leg qualifier 1-0 in Conakry, but fought back to win the return leg in Niamey 2-0 courtesy of two late goals.

They first qualified for the 2012 edition of the tournament proper ahead of the likes of Egypt, Sierra Leone and South Africa under the tutelage of local coach Harouna Doula.

However, they will lose all three group games in Gabon to co-hosts Gabon, Morocco and Tunisia.

He is a well-travelled coach, who guided Gabon to the last eight of the last AFCON, and has worked in France, Switzerland and Tunisia.

Like it was for the 2012 Nations Cup, Niger owe their qualification to their home invincibility where top teams like Egypt, South Africa and Guinea have lost.

The country’s players are scattered across Africa and some modest clubs in Europe with forward Ouwo Moussa Maazou their biggest star.

After he showed class in Belgium, Maazou has failed to make the grade in Russia and France and he now plays his football at Etoile du Sahel of Tunisia.
Tournament Review:
Niger will take heart that they at least got their first result at the AFCON in South Africa after they lost all three games last year.

At the 2012 in Gabon, they lost to the co-hosts, Tunisia and Morocco, while in South Africa they managed their first point at the tournament with a gutsy 0-0 draw with DR Congo.

They lost to Mali with a last-gasp Seydou Keita goal, before they were outclassed by one of the tournament favourites Ghana 3-0.

They thus finished bottom of the standings with a solitary but historic point.

“We played good matches against Mali and DR Congo but it was difficult against a very strong Ghana team, who were faster and a little better than us,” disclosed coach Gernot Rohr.

“We got a point in South Africa, while in Gabon we lost all three matches. We have made some progress.

“We did not make our first objective to reach the next round, but I’m still proud of the team.

“They are a courageous team, who played with 10 men towards the end against Ghana because one of the players was injured and could not continue.

“We now have to renew this team and bring in younger players. The future is bright.”

Star man Moussa Maazou failed to live up to his to billing as the Mena finished without scoring even a goal.

“You often need good passes and support to help you score goals,” defended the 24-year-old Maazou, who may likely soon quit Tunisian club Etoile du Sahel where his appearances are limited and he is owed several months’ pay.

Fatoghoma Kourouma from Moroccan club Chabab looked a good prospect at left back, Issiakou Koudize and Soumaila Mohamed were Trojans in defensive midfield, while goalkeeper Daouda Kassaly was inconsistent.

Chippa United shot stopper Kassaly fumbled a high ball for Keita to down Niger in an opening Group B tie, but he redeemed himself by scooping the man of the match award with several big, game-defining saves against DRC.

Overall, Niger were a tactically defensive and physical side, but like Rohr admitted they lacked quality going forward.

They would have again picked up some useful lessons from their second Nations Cup appearance.