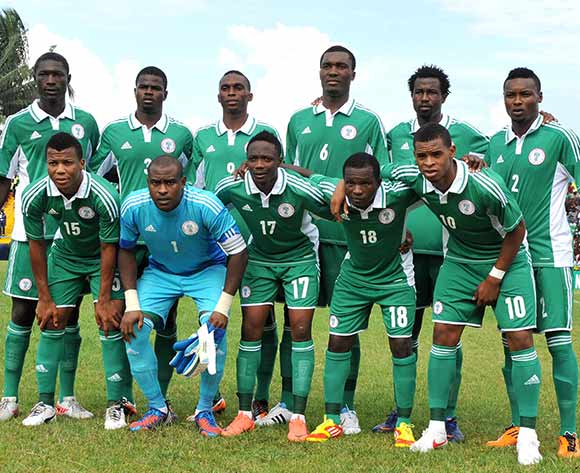 The 2013 Africa Nations Cup will be Nigeria’s 17th appearance at the tournament proper after they sensationally failed to qualify for the 2012 edition in Gabon and Equatorial Guinea last year.

To qualify for the 2013 AFCON, they eliminated Rwanda and Liberia.

The Super Eagles dispatched of the Lone Star of Liberia 6-1 in the return leg of a final qualifier in Calabar and thus head to South Africa on an 8-3 aggregate.

Such a comprehensive result has restored some public confidence in the team after they failed to qualify last year for this year’s competition.

However, partly as a result of this failure they are not among the top seeds for the 2013 tournament meaning they could clash with the likes of hosts South Africa, perennial rivals Ghana, Cote d’Ivoire and defending champions Zambia as early as the first round of this championship.

Former international skipper Stephen Keshi took over the team from Samson Siasia in November and has since worked with mainly players from the Nigeria Premier League.

However, only a handful of these players figured in the thumping of Liberia in Calabar as their Europe-based counterparts seized the chance to press for places in the final squad to South Africa 2013.
It will be very interesting to see the mix of NPL stars and their Europe-based colleagues for the forthcoming competition especially as for the 2008 and 2010 editions, no player from the domestic league made the final cut.
Tournament Review:
Nigeria Super Eagles defied the odds and teeming critics back home to win a long-awaited third AFCON crown in South Africa.

The fans have had to wait for 19 long years for this triumph after their team last won the tournament in Tunisia.

The turning point for Stephen Keshi’s team was the famous 2-1 win over tournament favourites Cote d’Ivoire in Rustenburg.

Keshi recalled after the game that his team were written off back home even before the clash with the star-studded Elephants led by Didier Drogba.

“The victory over Cote d'Ivoire was the turning point for us, nobody expected us to beat Cote d'Ivoire, who were the favourites to win this this tournament,” said Enyeama.

“That victory gave us more confidence that we can do it.”

The critics fired this team on as they fought back to prove them wrong and eventually went on to win the tournament.