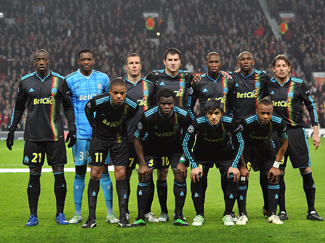 Olympique Marseille were finally able to put an end to possibly their most forgettable season, one marked by internal quarrels and an angry response from their supporters, with a tenth position and now hope to reclaim their position at the top of the French elite.

But the team now led by Elie Baup, the replacement to Didier Deschamps who was appointed head of the French national team, has still not reinforced itself during this transfer window and could still see the departure of several of its best elements, like Cameroonian internationals Stéphane Mbia and Nicolas Nkoulou, Spanish rightback César Azpilicueta or Ghanaian star André Ayew.

With a relatively limited budget, OM president Vincent Labrune set his club’s objective at a position in the top five at the end of the season, while at the same time trying to feature in the national cups and the Europa League, for which they qualified when they bagged the Ligue Cup at the expense of Lyon.
Admittedly a tenth champions’ title does seem inaccessible to the coastal club, who will start the season with an away game in Reims - newly promoted to the Ligue 1 - on Sunday 12 August.