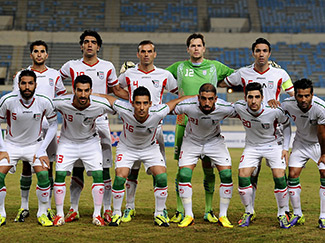 Iran will be returning to the FIFA World Cup for the first time since 2006 and it will be their fourth appearance at the tournament.
The ‘Princes of Persia’ have never progressed beyond the first round and finished bottom of Group D behind Portugal, Mexico and Angola at Germany ‘06.
Three-time winners of the AFC Asian Cup, Iran are coached by former South Africa, Portugal and Real Madrid manager Carlos Queiroz and their most notable player is the vastly experienced Javan Nekounam.
Iran finished top of Group A in the final round of 2014 qualifying in the AFC Confederation, impressively pushing South Korea into second spot. Nekounam was their leading scorer in qualifying, netting six goals in all.