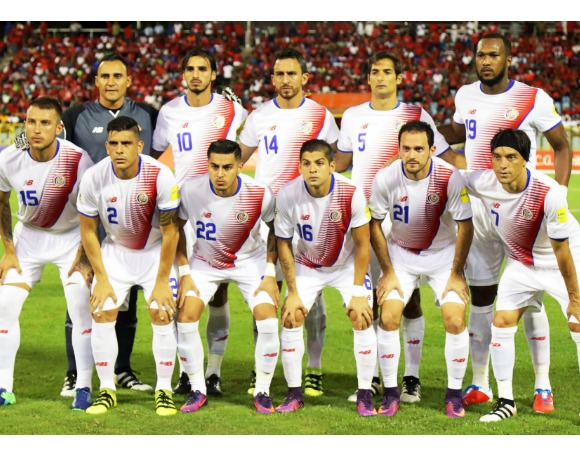 Costa Rica have been a member of FIFA since 1927 and is one of the most successful national football team in the history of Central America.


Having won the CONCACAF Championships in 1963, 1969 and 1989, the La Muerte (Death) is the only national team in Central America to have played in four FIFA World Cup editions.


In their qualifiers group, Cosat Rica finished at number two behind Mexico with 16 points from 10 matches and have four and drew as many, but lost two.


Although they were drawn in Group D together with Italy, England, and Uruguay in the previous edition in Brazil, they amazingly ended up topping the group with two wins against Uruguay and Italy and a 0–0 draw with England.


Coach Oscar Ramirez is carrying the hopes of the Central American antion to cause an upset in Russia come next year.