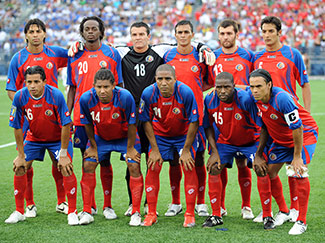 The Ticos have plenty of ability, qualifying in second place in the North and Central American group behind the USA and ahead of the reputable Mexican side.