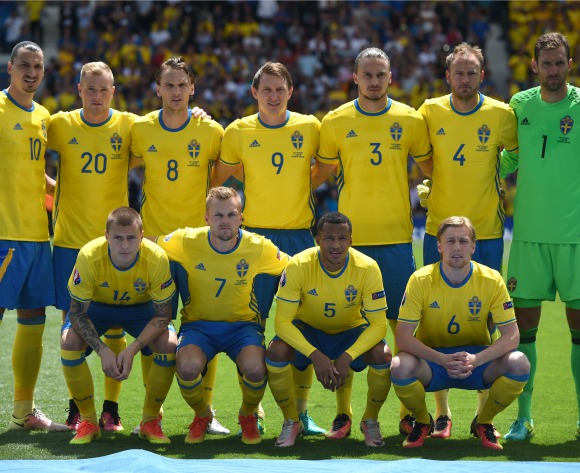 Blågult (The Blue-Yellow) booked their place at a 12th FIFA World Cup following play-off victory over Italy - having finished second in UEFA qualifying Group A, four points behind France.


Marcus Berg stepped up to the plate for the Swedes in the group stages - netting eight goals - to quickly extinguish any lingering memories of the legendary Zlatan Ibrahimović, who might be tempted to make a return to international football.


Jakob Johansson’s first goal for his country enough to seal aggregate victory over the Azzurri, with the four-time champions the biggest casualties - that will not make the trip to Russia.


Sweden boast a credible World Cup pedigree, having finished second at the 1958 & third at the 1950 and 1994 World Cup tournaments.


As hosts 60 years ago - spearhead by the likes of Kurt Hamrin, Agne Simonsson and Nils Liedholm - reached the final, only to be out done by Brazil and the legendary Pele.


Head coach Janne Andersson might not be able to call on the legendary likes of the above mentioned players, but in Berg, Victor Lindelöf, Andreas Granqvist, Sebastian Larsson,Mikael Lustig, Ola Toivonen and the extremely talented Emil Forsberg - he has a balanced group that can cause a few upsets in Russia.