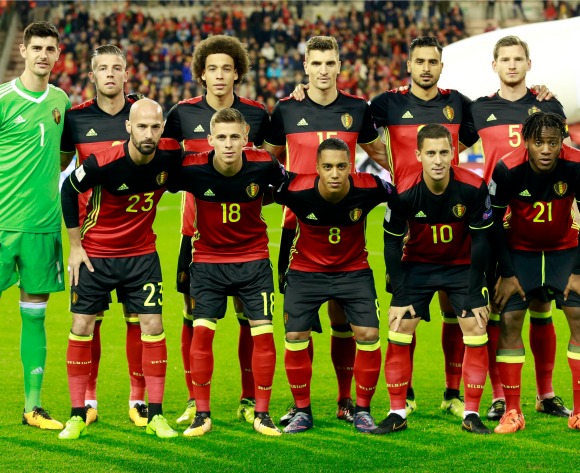 The Red Devils will be heading to Russia as one of the favourites to win the 2018 FIFA World Cup title.


Boasting an impressive list of world class players, Roberto Martínez men made no mistake in booking their place at the 2018 showpiece, becoming the first team to qualify from the European continent - apart from the hosts - in an unblemished qualifying campaign which included nine wins out of 10 fixtures in UEFA Group H.


The upcoming showpiece will be Belgium’s 13th appearance on the world stage with the nation having reached the quarterfinal stage in Brazil last time out.


Belgium are categorically strong on every area of the pitch, starting with first choice goalkeeper Thibaut Courtois. In defence, Tottenham Hotspur duo Jan Vertonghen and Toby Alderweireld provide real strenght with Vincent Kompany also one of the world’s best when fit.


It is going forward, though, that Belgium are most impressive with Eden Hazard, Kevin de Bruyne and Romelu Lukaku among the world’s best in their respective positions. The likes of Mousa Dembélé, Dries Mertens, Radja Nainggolan and Yannick Carrasco add valuable depth to a team that will be expected to make waves in Russia.


Belgium’s best ever performance at a World Cup thus far came in 1986 when they conjured a fourth place finish. The European’s losing to eventual champions Argentina in the semifinals.


The Red Devils also ran 2002 champions Brazil close at the showpiece in South Korea/Japan, and are alongside the two South American giants favourites to clinch the world crown.