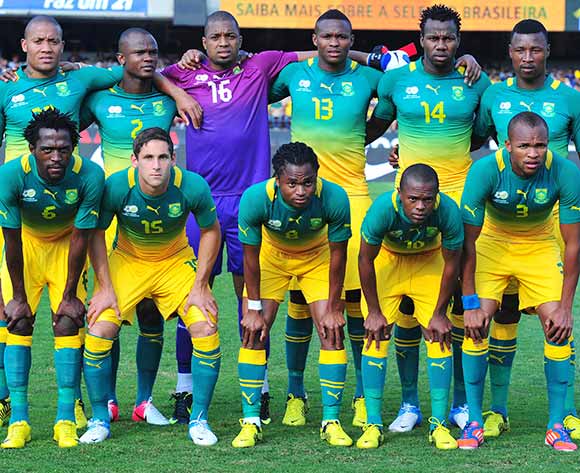 Four years after their readmission to the international stage after many years of exile, a Nelson Mandela-inspired South Africa marked their return to the football world with a bang, winning the 1996 African Cup of Nations at home, beating Tunisia 2-0 in the final in Johannesburg thanks to two goals from Mark Williams.
However, unfortunately for the country, (who in 1996 were ranked 16th in the world), since then it has been a steady decline, with their current world ranking having them placed at 76th and 19th in Africa.
Following the 1996 African Cup of Nations success, Bafana Bafana finished second in 1998, third in 2000, reached the last eight in 2002, but were then knocked out at the first round stage of the next three tournaments.
Things were at their worst for the national team when they failed to qualify for the 2010 African Cup of Nations, while only ensuring their place at the 2010 World Cup due to the fact that they were hosting the tournament (their third appearance). Still, in their home world cup, while they did not qualify past the group stages they did manage to register a 2-1 win over France in their last match.
Since then the coaching staff has changed as Pitso Mosimane has departed and has been replaced by Gordon Igesund who seems to have breathed new life and hope into the team.
Igesund brings with him an open mind and willingness to attack that previous Bafana coaches lacked. With it he has also handed out a barrage of new caps to players never heard of, but in the beginning stages of his coaching career it appears to be working.