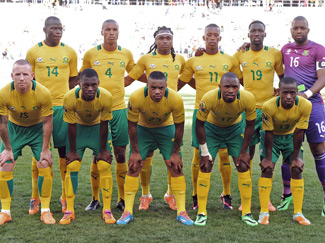 Hosts South Africa will be appearing in their second CHAN tournament after a quarterfinal finish in Sudan two years ago.

On that occasion their side was made up of lower league players and those on the fringes of selection at PSL clubs, yet they surprised with first round wins over Ghana, Niger and Zimbabwe on their way to the quarterfinals, where they lost 2-0 to Algeria.

Just what sort of selection national team coach Gordon Igesund will be able to muster this time round with the PSL running concurrently with the CHAN tournament remains to be seen. But you would think that a squad with all the players available to him would have an excellent chance of winning the tournament. Will Kaizer Chiefs, Orlando Pirates and the rest play ball though?

Any South African side is difficult to beat on home soil and they will want to take advantage of that in this competition.

It will also be a chance for some young up and coming players to prove their worth to the national team boss and perhaps put themselves in the frame for full senior selection down the line.
Tournament Review:

The 2014 African Nations Championship turned into another bitter disappointment for South Africa, who exited in the first round of the tournament they hosted.

The exit is likely to herald much change in the national team set-up, the SAFA hierarchy and South African public growing weary of continued failure.

The build-up to the event was chaotic with Premier Soccer League clubs largely refusing to release their players and coach Gordon Igesund having just a matter of days to train his squad before the opener.

There were also no players from Orlando Pirates, who would have made up a sizeable chunk of his squad, as well as top team SuperSport United.

Bafana Bafana came from behind to win their opener against Mozambique 3-1, a deserved result in the end, but could not hold onto a lead against Mali in their second match.

That set up a showdown with Nigeria for one of the two top positions in the pool and despite needing just a draw, Bafana were brushed aside 3-1 by the far superior Super Eagles.