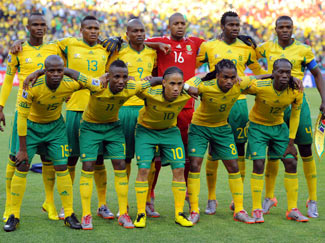 The 2010 World Cup hosts have a tough task ahead of them as they look to try and build momentum from a reasonable showing at the World Cup.

However, a few poor results against the likes of Sierra Leone or Niger could see it all come crashing down.

The South Africans will also be in somewhat of a rebuilding phase under new coach Pitso Mosimane. Mosimane will no doubt bring his own ideas to the team, but having served as the national team assistant coach for the last three years, he should also to a certain degree bring a sense of continuity to the side.

Players such as Katlego Mphela (striker), Steven Pienaar and Siphiwe Tshabalala (both midfielders), Bongani Khumalo (centre back) and Ithumeleng Khune (keeper) are likely to form the core of the team, but Mosimane will need to decide upon who will fill the defensive midfielder role, and whether or not skipper Aaron Mokoena and midfielder Teko Modise are indeed good enough to make the team.

The 1996 champions have seen their star in Africa fall – they are currently ranked 12th on the continent and 66th in the world, which although fairly lowly, is still a vast improvement on recent years.

Having also failed to qualify for Angola in 2010, South Africa will be desperate to make it this time around, but have their work cut out in a tough group with some tricky away encounters in Sierra Leone and Niger.