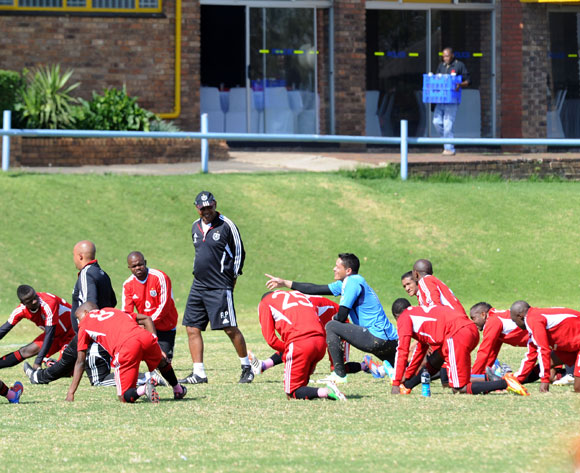 Orlando Pirates have the chance to win a third straight MTN8 title this season, which would be a record for South Africa’s top eight cup competition.
Their first MTN8 title in 2010 came after they defeated Moroka Swallows on penalties in the final, and a year later they downed arch rivals Kaizer Chiefs 1-0 to defend their crown.
Overall, Pirates have 10 top eight cup titles to their name from 14 appearances in the final, making them second on the all-time list behind Chiefs, who have lifted the trophy a record 14 times.
Pirates’ MTN8 triumph in 2010 broke a decade-long drought in cup competitions and sparked a remarkable run of success which saw them pick up successive trebles in the 2010/11 and 2011/12 seasons.
The tournament definitely holds a special place in the hearts of their present squad and they will be determined to make it a hat-trick of MTN8 titles.
Led by coach Augusto Palacios, who guided the team to the league title last season after the departure of Brazilian Julio Leal, Bucs have retained most of their key players and in the offseason added further depth to an already impressive squad.
They will begin the 2012 edition of the MTN8 as the clear favourites to once again lift the trophy.