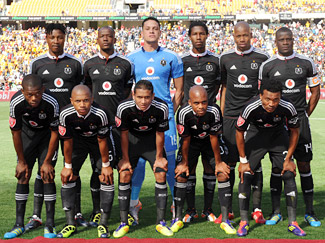 Orlando Pirates’ long wait for a cup title (their last was the BP Top Eight in 2000) must end sooner or later, and coach Ruud Krol will feel confident that the class of 2009 will be capable of claiming the MTN8.

The Buccaneers came so close to winning the league title last year but were forced into second on the log by goal difference, so they will be itching to put that bitter disappointment behind them.
This season they are even stronger than last, having added several players to their already deep squad and, perhaps most importantly, retained the services of playmaker Teko Modise.

However, they still look short of a reliable out-and-out striker, even if Katlego Mashego and Siphelele Mthembu do hit their straps.
Pirates have won this competition seven times, putting them second on the all time winners list behind rivals Kaizer Chiefs, but their last triumph, as mentioned above, was back in 2000. That’s too long a wait for a club of their stature.