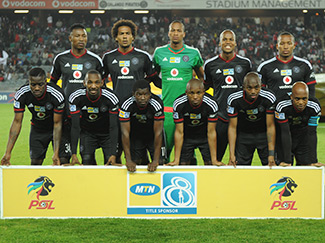 Orlando Pirates secured their place in the 2015 MTN8 by finishing in fourth place on last season’s league table.

The Buccaneers endured a tough campaign, the lowlight of which was certainly the tragic death of goalkeeper Senzo Meyiwa, though they bounced back strongly in the second half of the season under the leadership of Eric Tinkler.

Pirates were runners-up in last season’s MTN8, losing 1-0 to arch rivals Kaizer Chiefs in the final after ousting SuperSport United and Bidvest Wits in the quarterfinals and semis respectively.