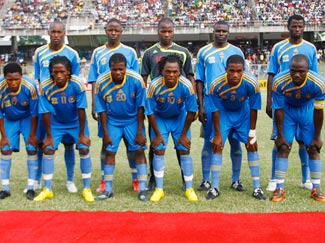 Tiny Swaziland came close to reaching the second round of qualifying for the 2010 FIFA World Cup, much the the surprise of many, and will now be looking to build on that fine showing.

They have lost coach Shakes Mashaba to his native South Africa though, where he acts as Under-20 mentor and assistant to head coach to Pitso Mosimane.

That is a hammer-blow to the Swazis, who must now rebuild again after some fine successes under Mashaba.

The side have never qualified for the Nation Cup before and will be looked upon as the minnows in this group, but they have made their home ground a difficult place to come and get a result.

They beat Togo in a World Cup qualifier in 2008 and followed that up with a credible 0-0 draw against a very useful Zambian side.

They will be looking to their experienced stars that are based over the border in the South African PSL to provide them with the impetus to cause an upset in the group, the likes of Dennis Masina and Tony Tsabedze.