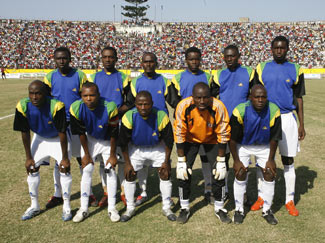 The Tanzania national team will face a tough task in the first hurdle of the 2015 Africa Cup of Nations (Afcon) qualifiers when they take on 2014 CHAN semi-finalists Zimbabwe.

Under a new Coach Martins Ignatius ‘Mart Nooij’ the team is expected to have several changes.

Taifa Stars last appeared in the 1980 Afcon.
Led by the TP Mazembe duo of Mbwana Samata and Thomas Ulimwengu Tanzania the team has recently picked big result on their home turf.

Recently they beat Burkina Faso twice in the African Nations cup qualifiers, beat Cameroon 1-0 in a friendly match and most recently saw off Morocco 3-1 in a World Cup qualifier.