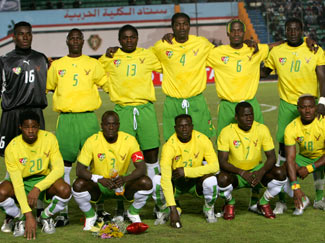 Togo have appeared at six Africa Cup of Nations finals tournaments and they have never progressed beyond the first round.

The West Africans first participated in the finals in 1972 and they have been regulars in recent years, qualifying for five of the last seven AFCONs. However, in 2010, they withdrew from the tournament in Angola after a terrorist attack on their team bus.

CAF controversially banned them from participating in the 2012 and 2013 tournaments due to their withdrawal, but the decision was later rescinded. Togo were then placed in Group K, which accounts for it being the largest qualifying group and its early start.

‘Les Eperviers’ (the Sparrow Hawks) have Thierry Froger as their coach. The 47-year-old Frenchman spent his entire playing and managerial career in his home land before taking up the Togo job earlier this year.

Manchester City striker Emmanuel Adebayor is undoubtedly Togo’s key player: both captain and talisman, much of their hopes rest on his shoulders.