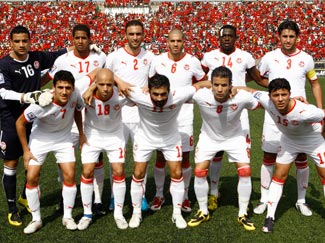 Tunisia have participated in 14 Africa Cup of Nations finals tournaments, winning the title as hosts in 2004 and ending as runners-up in 1996 and 1965.

The North Africans, nicknamed ‘Les Aigles de Carthage’ (the Eagles of Carthage), also appeared in three straight World Cups from 1998 to 2006, confirming their status as one of Africa’s best teams in the last decade or so.

However, since winning the AFCON on home soil in 2004, Tunisia have only managed two quarterfinal appearances at the continental tournament and bowed out of Angola 2010 in the first round.

The Carthage Eagles are going through a period of transition which will be overseen by French coach Bertrand Marchand, who recently took charge of the team after the departure of Faouzi Benzarti earlier this year.

The 57-year-old has good experience of Tunisian football, having managed Club Africain and Etoile du Sahel between 2005 and 2008 and winning the African Champions League with the latter in 2007.