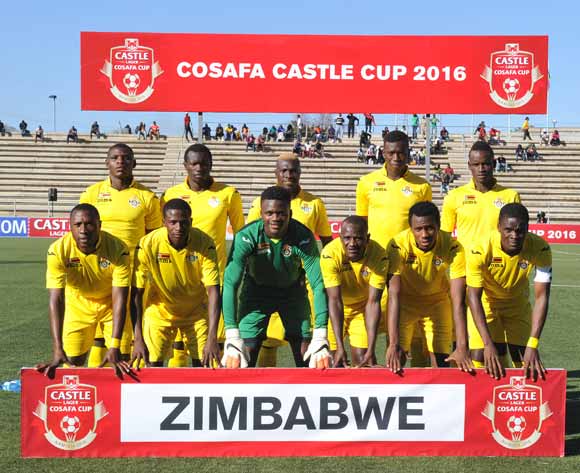 Known by the nickname ‘the Warriors’, Zimbabwe have never qualified for the World Cup but have made two appearances at the Africa Cup of Nations (2004 & 2006).

They are coached by local Palisto Pasuwa and recent results include an away draw and home win against Swaziland (who they will face in this year’s Cosafa Cup) in 2017 AFCON qualifiers in March.

Zimbabwe will be making their 16th appearance at the Cosafa Cup and they are tied with Zambia as the most successful team in the tournament’s history, having won in 2000, 2003, 2005 and 2009.

The Warriors’ showing at last year’s edition was a disappointing one, as they finished in their group behind eventual champions Namibia.

Zimbabwe beat Mauritius and Seychelles before coming unstuck against the Brave Warriors to lose 4-1 and exit the tournament.