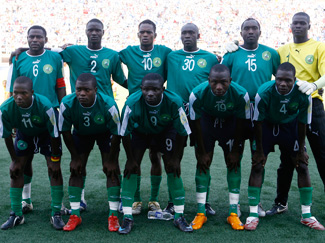 CotonSport were runners-up in the 2008 African Champions League, losing in the final to Egyptian side Al Ahly.
It was a magnificent campaign for the team though, who build a reputation of being unbeatable at their Stade Omnisport de Garoua home. That will once again be a strong point for them in 2011.
The side made their debut in the Champions League in 1998, where they reached the second round, before their followed first round exits in 1999, 2002, 2005 and 2006. The side have won eight of the last 10 Cameroon championships and been the dom inant force in their country.
Their overall record of 10 League titles puts them level with Canon Yaoundé in having claimed the most domestic championships in Cameroon.
Following the success of their 2008 Champions League campaign, the side bowed out in the second round to Nigerian side Heartland in 2009 and did not qualify for the 2010 tournament.
Cotonsport were only founded in 1986 and are currently coached by Frenchman Denis Lavagne.