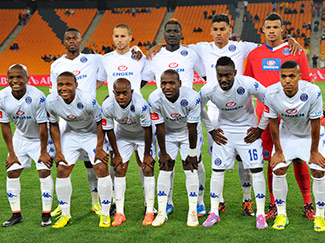 SuperSport United was formed in 1994 when pay channel M-Net brought the franchise of First Division side Pretoria City and the team was renamed the team in 1997.

They won their maiden League title in the 2007/08 and would go on to lift the trophy in the next two seasons under now Bidvest Wits head coach Gavin Hunt.

Cavin Johnson took over from Hunt ahead of the 2013/2014 season, fresh off leading Platinum Stars to a second-place finish in the 2012/2013 campaign.

Despite a positive start, Johnson failed to deliver any silverware while the club could only manage a fifth place finish in the Absa Premiership.

There has been a fair overhaul of the squad in the close-season, but they remain an attacking side with plenty of players who can entertain.