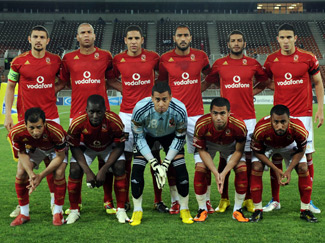 As six-time winners of the competition, Al Ahly start every CAF Champions League campaign as one of the favourites to lift the trophy.
The Egyptian giants got as far as the semifinals last year, only to be knocked out on the away goals rule by Esperance.
In the preliminaries of the 2011 competition, they progressed relatively comfortably but without the kind of emphatic victories that we have to come expect of the Red Devils.
They beat Southern African opponents SuperSport United and Zesco United 2-1 and 1-0 on aggregate respectively – perfectly acceptable results, but not gained with the kind of style and confidence they have displayed in dominating the Champions League over the last decade or so.
Nonetheless, coach Manuel Jose knows exactly what it takes to win this tournament and has a potent squad at his disposal, made up of many Egyptian internationals.
Al Ahly are in a tough group made up entirely of North African teams (Wydad Casablanca, MC Alger and Esperance), but they will still be confident of progressing to the last four – and from there anything is possible for a team of Ahly’s caibre.