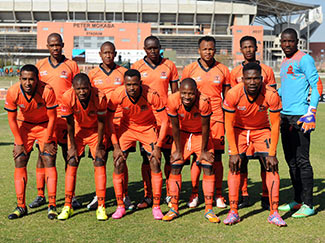 Although they started their 2014/15 Absa Premiership campaign under coach Boebie Solomons, they parted ways and introduced Kostadin Papic.

Papic led Rise and Shine to a brilliant season as they finished in a respectable 12th position with 34 points.

They managed to bag the Q2 prize in December which is valued at R1.5 million with 17 points, whilst the Serbian manager bagged the coach of the month accolade in November/December.

With the acquisition of experienced players such as Punch Masenamela, Rise and Shine are destined for big things in the upcoming 2015/16 season.